New Designers caught up with Micky Wozny, ND 2020 AWARD winner of the Screening Award supported by Aardman Academy, to get an exclusive interview.

Carry on reading to find out about Micky’s soap sculpting past, her inspirations and gain some award winning advice.

Congratulations on graduating! It has been a difficult year to navigate, how have you stayed creative during this time? Do you have any tips for breaking through a creative block?

Thank you so much!

It’s certainly been a challenge to graduate at such a strange time. I’ve been keeping creative mostly by drawing and continuing production on a short animated film that I started at the school. I also pitched for funding to complete another project and have attended some amazing masterclasses from the comfort of my own home (at least there are some benefits to lockdown!). It’s also been a great chance to learn new skills to keep things fresh and to feel productive.

Being stuck at home and to keep the motivation going has been difficult at times but I find taking breaks from the screen and going on walks really helps. I also like to browse artwork for inspiration too, there are so many incredible artists on Twitter and Instagram – just a quick scroll can get me pumped to want to make something. 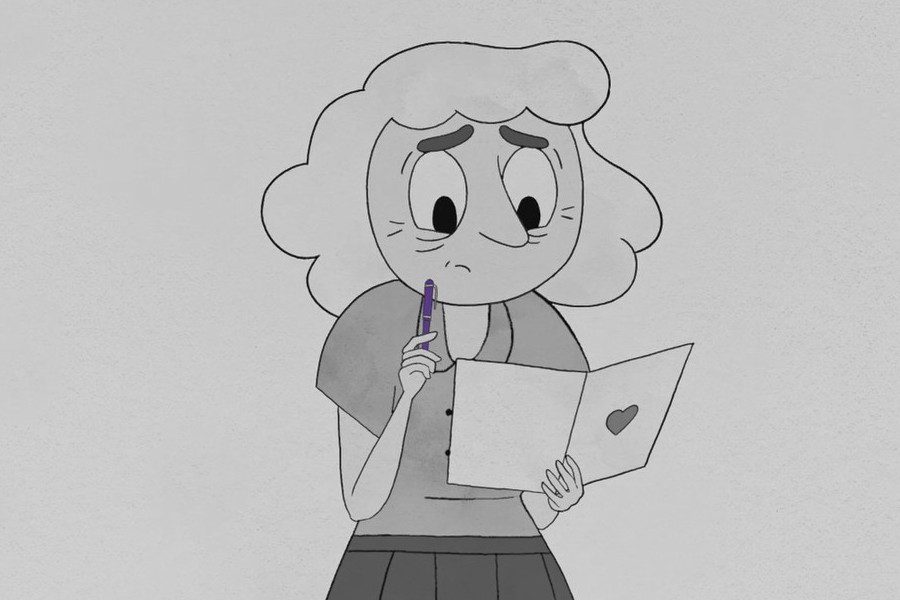 Why and how did you become an animator?

I always enjoyed art and completed a Foundation degree where I tried all kinds of things from sculpting bars of soap to making shoes out of paper. I didn’t really know I wanted to be an animator then, or that you could even study to be one! I loved animated film and I think that became more apparent in the stuff I did at college.

After being encouraged by a couple of my tutors I decided to pursue animation at university and went on to complete an Art course in Animation at Sheffield Hallam University where I created two short films, one of which won the Student RTS Award.

I freelanced for a while in Sheffield before receiving my first position as an animator for a digital agency. While this was a great step for me, after a couple of years I found myself really missing the creative atmosphere I had experienced at university. I wanted to tell stories and become a better animator.

After some encouragement from co-workers and my old tutor, I decided to try applying for the Directing Animation course at the NFTS. I believed there’d be very little chance I’d get in and I had no idea how I would be able to pay for it but as I was told by my friends, ‘if not now, when?’.
I then somehow got through to the workshop and interview stage, which unbelievably led to a place on the course!
Overall, there’s a weird satisfaction in making a character do whatever you want or to try and make an audience feel a certain way. Especially if the topic or themes are taboo or not openly discussed. It sounds like I enjoy making people uncomfortable, but it’s more about opening up a discourse and getting a message out there. It’s like a form of therapy.

Tell us, what is your creative process? Where do you start?

Usually with a core idea or a theme. For my grad film, one small starting point came about when someone asked to borrow my pen and I begrudgingly gave it to them. It was just a small spark of a situation that I discussed with my team and that idea grew with other influences – in particular the situation my grandma was in at the time. The pen came to represent much more.

Then I start to explore how the characters behave, how they might look, the world they’re in and constantly scrap ideas and come up with new ones to try. It’s a very long and sometimes painful process! But it’s always worth it in the end. 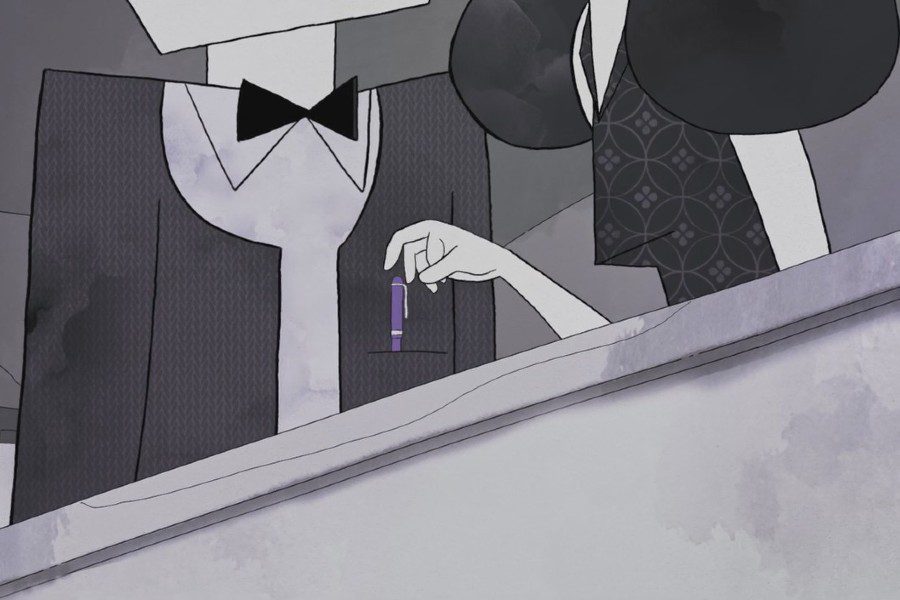 What or who is your biggest inspiration?

The crippling pressure of needing to pay my rent whilst also feeling like I’ve accomplished something worthwhile.

If you could give any piece of advice to your first year self, what would it be and why?

Don’t beat yourself up about not being as good as everyone else, it’s about finding your own thing.

Also go outside once in a while.

What is your all time ultimate favourite animation?

No way can I answer that.

What does it mean to you to win the New Designers 2020 Screening Award, supported by Aardman Academy?

It’s amazing, I couldn’t believe it when I saw!

Lucy Izzard’s incredibly kind words meant the world to me and I’m so proud of my wonderful team. It’s so great to be recognised by one of the world’s leading animation studios who are such an integral part of British culture.

What are the plans for the year ahead?

‘Something Borrowed’ is currently in the festival circuit and we have some big news coming soon so that’s pretty exciting!
And as mentioned, I’m currently working on a few things including another little short which I began at the NFTS, called Scratch Off which I hope to complete some time this year. Other than that, just trying to stay sane and safe like everyone else

THE SCREENING AWARD RUNNER UP: EM GREEN, ‘THIS FABRIC WORLD’

The discovery of mass clothes production in the Fabric World is exciting at first.

A reflection of the fast fashion fuelled world we live in today, the people of the planet are happy with a new way to express themselves. But as soon as a pair of jeans won’t fit, or the colour isn’t quite right, the inhabitants do what we do – they throw their clothes away.

Just like in our world, the clothes are taken from the ground, using valuable resources, materials and energy. The exponential increase in waste and dwindling finite resources soon leads to disastrous consequences…

A response to the 2019/20 RSA Student Design Award’s Moving Pictures brief, and with visual influences like Media Molecule’s Little Big Planet, This Fabric World aims to demonstrate the effects of the ‘take, make, waste’ cycle through accessible, story focused visuals.