Our sponsor Zizzi chatted to illustrator Lizzie May Cullen about exhibiting at New Designers, designing for Zizzi restaurants and her creative inspirations.

I’ve always loved to draw – I used to draw lots of figures.  Ariel from the Little Mermaid was my favourite and later it was the Pre-Raphaelite style.

Where and what did you study and what was the most useful thing you learnt from your course?

I studied at Goldsmiths and did design. It was pretty intense. I learned a lot about both process and the concepts behind an idea. It was a difficult course for me, coming from a fine art background, but I ended up loving it. I learned a lot and it’s had a heavy influence on the way I approach ideas and briefs from clients.

Why do you think you stood out at New Designers?

I think my work stood out because it had a strong style. I was also in One Year On that year and won the award. I think my illustration stood out in a room full of multi disciplinary work. 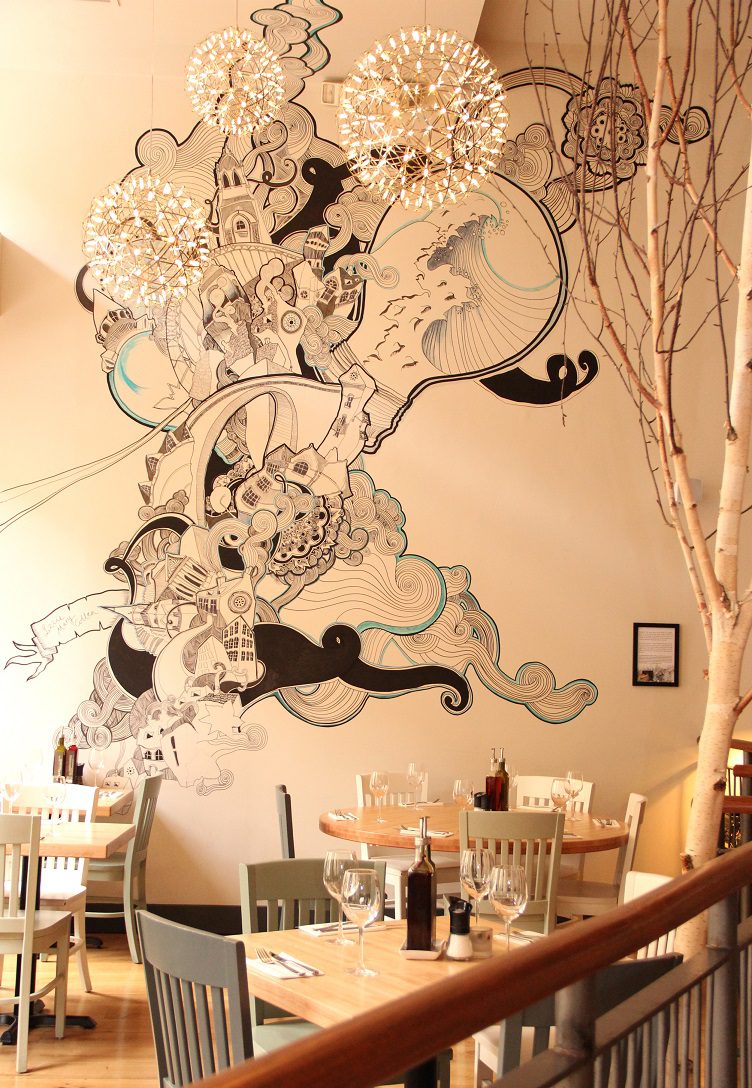 What is your role and what does it involve?

I’ve worked as a freelance illustrator since I showed at New Designers back in 2009. At the moment I’m also moving my style into a slightly different area and working on my first novel. It’s a departure from my older work, but it’s exciting to explore new avenues of creativity.

What have you designed that you’re most proud of since joining?

There’s been so many different collaborations, and they’ve all taught me many different things. Working with Zizzi and creating huge murals was a real learning curve.  It was my first big commission and I felt a huge sense of awe and gratitude in being given walls to explore creatively ways to fill them. I was constantly pushing my style, trying to explore what worked best – it was an exciting time.

I loved working with Lewis Hamilton on a stop motion video ‘thank you’ to his fans over Christmas. That was so much fun! As with the murals, there wasn’t much room to make mistakes. I only draw in pen – it was one take over two days, and the option of starting again was not an option.

And the last two years have been taken up with creating series of colouring book, which I’m so proud of. First I did the Magical series with Penguin, then the language series with Hodder. Those books taught me how much work I can actually do when I’m under pressure. I felt a huge sense of possibility when I discovered the sheer amount of work I could fit into one day.

Give us an insight into your thought process to design your work – where does your inspiration come from?

I read a lot, when I read my mind is very visual and I picture things clearly. For me, nothing gets me more inspired than a tricky brief and being under pressure – it kicks me into a new gear, and the pressure makes the work that bit fresher.

What materials, methods and tools do you use to design with and what one technique, material or tool could you not live without?

I couldn’t live without my rapidograph pens – they brilliant. They are expensive, but if you care for them with respect and love, they’ll last you a life time.

What’s the best piece of career advice you’ve been given? / What piece of advice would you give to this year’s graduates?

It’s really important to check in to your inner pool of creativity once in a while. A few years back, I realised I had gone a bit stale – my work wasn’t clicking together as it used to, and I understood I had been working too hard, and putting too much pressure on myself. The work was suffering. So I went away to an artist’s commune in Maine, worked there for a bit, met some amazing people and just chilled out. My work became rich and vibrant again after that. So – I would say – take care of your inner child 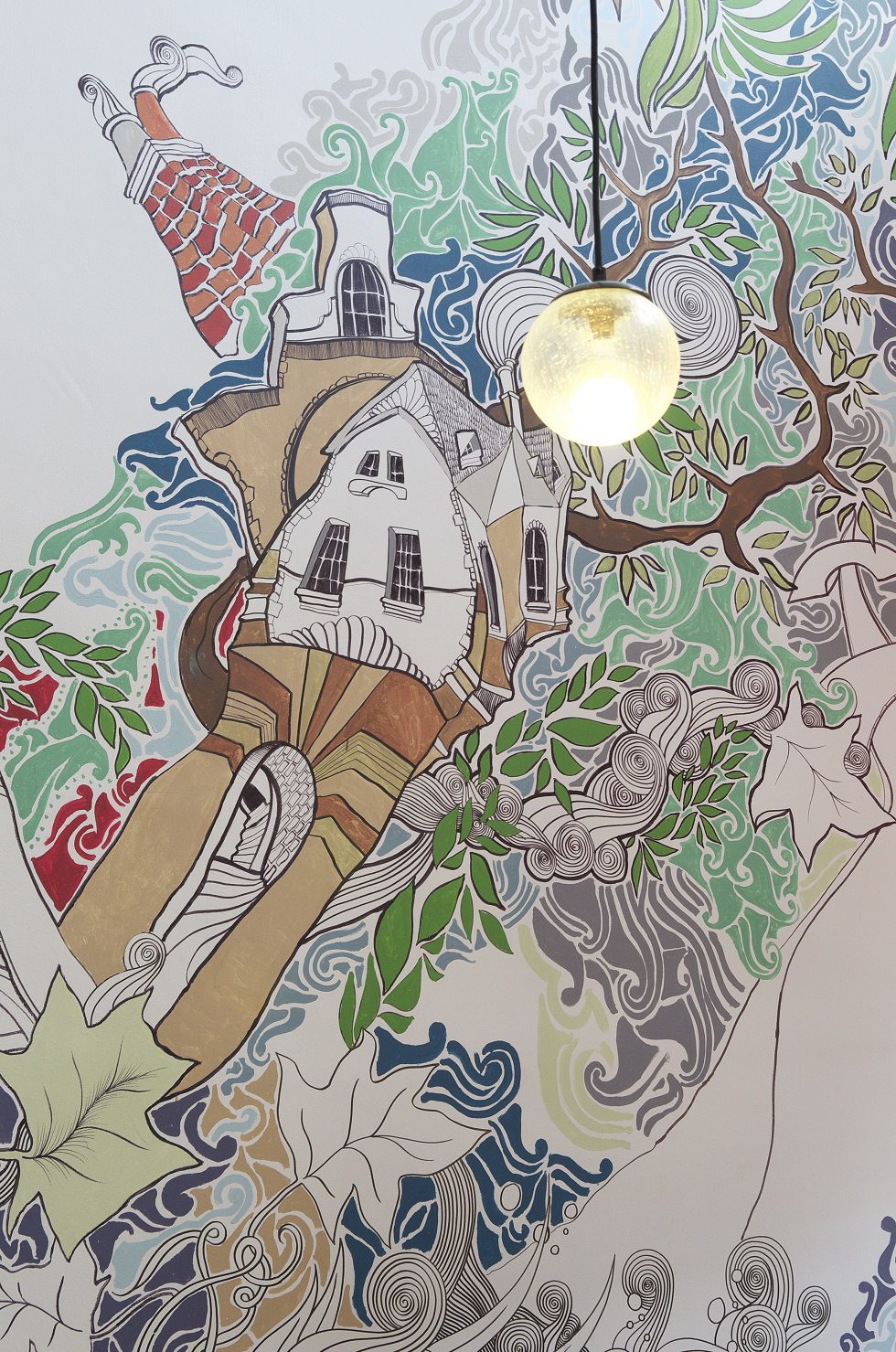 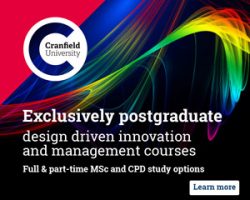