DO WE DARE TO CARE ABOUT REPAIRABILITY IN DESIGN?

Home » DO WE DARE TO CARE ABOUT REPAIRABILITY IN DESIGN?

DO WE DARE TO CARE ABOUT REPAIRABILITY IN DESIGN?

Discover more about this talk below. Tap the Book Now button to claim your ticket.

As a fifth-generation family business, Anglepoise’s lifetime guarantee is less a policy decision and more an extension of a longstanding commitment to service and the firm belief that an Anglepoise is a lifelong companion.

Considering our impact on the world, sustainability has taken on increasing importance in the design sector over the past few years. This panel discusses the importance of repairability in design and whether it should be built into all product design, asking why some manufacturers still avoid this commitment to lifetime guarantee. Should new graduate designers of the future really be focussing on ‘new’ design? 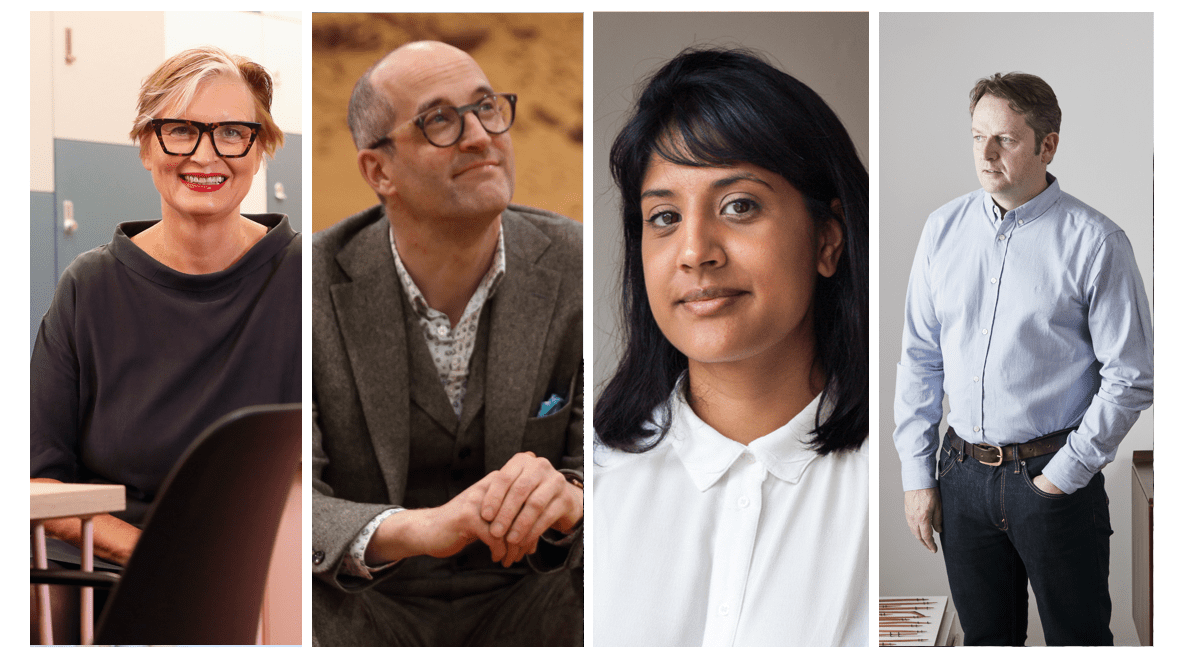 Jeanine Goddard is Bisley’s Creative Director. She is responsible for all new product development as well as building and overseeing the brand’s aesthetic at its London Clerkenwell showroom and subsidiaries around the world – including Dubai, New York and Paris.

Jeanine trained as a cabinet maker in Germany and studied interior architecture. She went on to work with some of the world’s most recognised interiors brands in Munich, including luxury German kitchen company, Bulthaup. She also trained with Osram Light Consulting, developing innovative and sustainable lighting solutions for clients.

Jeanine has a huge depth and breadth of expertise in colour, products and interiors. As well as an array of leading dealerships, she has also worked for Herman Miller where she was responsible for all UK showrooms and advising the product management team on its colours, materials and finishes.

Mark Miodownik is the UCL Professor of Materials & Society. He received his Ph.D in turbine jet engine alloys from Oxford University, and has worked as a materials engineer in the USA, Ireland and the UK. For more than twenty years he has championed materials science research that links to the arts and humanities, medicine, and society. This culminated in the establishment of the UCL Institute of Making, where he is a director and runs the research programme.

Mark also recently set up the Plastic Waste Innovation Hub to carry our research into solving the environmental catastrophe of plastic waste dealing with topics such as biodegradable plastics and product reuse and repairability. Mark is the multi-award winning author of New York Times bestselling book Stuff Matters. He regularly presents BBC TV and radio programmes on materials science and engineering. In 2014 he was elected a fellow of the Royal Academy of Engineering. In 2018 he was awarded an MBE for services to materials science, engineering and broadcasting.

Riya Patel is a London-based writer and curator with ten years’ experience in architecture and design. Until 2019 she was curator at The Aram Gallery, an independent platform for new and experimental design. She was formerly the senior editor at Icon magazine, and writes regularly for FRAME, Design Anthology, and Disegno. She started her career at The Architectural Review and Architects’ Journal and holds a Masters degree in architecture.

In 2001 Simon Terry left a successful career as a film compositor, working on a range of blockbuster movies, including James Bond, Zorro and Les Miserable, to join the family business. In the last 20 years he has helped rejuvenate the business, bringing on board Sir Kenneth Grange as Design Director and forging relationships with collaborators such as Margaret Howell and Paul Smith.

Now, as owner and Joint Managing Director at Anglepoise, he sees himself as custodian of the brand and its DNA. He also has a keen eye on the future and the legacy of Anglepoise and is focused on developing new, meaningful collaborations as well as introducing initiatives such as the new lifetime guarantee and reducing the use of single use plastics across the company.

Unbeknown to Anglepoise fans and customers, he is often the one answering queries and questions regarding vintage products, repairing old lights and sending out spare parts, recognising this as an essential part of his role in ensuring he continues to understand what makes the Anglepoise customer tick.